Triglycerides are the scientific name for the chemical formulation of animal and vegetable fats. A triglyceride consists of three molecules of fatty acid combined with a molecule of the alcohol glycerol. Some triglycerides circulate through our blood after eating a meal, providing fuel to our muscles.

High triglyceride levels are associated with heart disease but are not considered to be a leading causal factor. However, excess levels of triglycerides are directly linked to obesity, diabetes and to pancreatitis.

The liver is also responsible for manufacturing triglycerides and has the ability to transform any source of excess calories into triglycerides.

Triglycerides are essential to the body because they provide concentrated energy. They also insulate from the cold and provide internal padding for the organs of the body to prevent them from damage. They also carry the essential vitamins A, D , E and K. Triglycerides stay in the stomach longer and provide a feeling of fullness or satiety. They also help prevent dehydration of the skin.

Our body produces a small amount of natural lipid, but most of our cholesterol and triglycerides come from dietary sources, especially animal products and foods high in saturated fat. If your body continuously has high amounts of cholesterol and/or triglycerides you run the risk of developing heart disease, blocked arteries and having a stroke.

The body manufactures enough cholesterol to provide for its needs – we don’t need to take in more.

Cholesterol and triglycerides cannot dissolve in the blood. This means that they have to be transported to and from the cells of our body in lipid-protein packages called lipoproteins. Low-density lipoprotein (LDL) is the main cholesterol carrier in the blood. This is considered to be bad for the body because too much of it can clog up the walls of the arteries that feed the heart and brain. This will reduce the flow of oxygen-rich blood which feeds the muscles.

Ideal cholesterol levels are as follows:

The cholesterol HDL ratio is a number derived by dividing your total cholesterol number by your high density lipoprotein number. The average ratio in the US is about 4.5 for men and 4.0 for women. For people with heart disease, a ratio of 3.0 is ideal.

Triglycerides, like cholesterol, are measured in mg/dl in the USA and in mm/l in most of the rest of the world, but the conversion factor for triglycerides is different from the one for cholesterol.

An acceptable triglyceride level would be 150 md/dL or less. A simple blood test can gauge your current triglyceride level. Your health professional will require that you not eat for 12-14 hours prior to the test being conducted. This allows the triglycerides from you food to be completely eliminated. The test is only concerned with the amount of triglycerides being manufactured by the body – not the amount you are eating.

Triglycerides and cholesterol tests are blood tests that measure the amount of lipid in your bloodstream. These tests are usually done as part of a routine physical exam, to determine the chance of heart disease. If your family has a history of heart problems it’s wise to go to your local doctor and ask for a triglyceride test.

To get the most accurate result it’s best if:

The blood sample is taken from a vein in your arm. When getting your test the doctor or nurse will wrap a band around your upper arm to stop the flow of blood. This makes the veins below the band larger so it’s easier for the doctor or nurse to insert the needle, and less painful for the patient.

After the area has been cleaned with alcohol the needle is put into the vein where blood is collected into a vial attached to the needle. Once enough blood has been collected the band around your upper arm is removed a gauze pad and band aid is put on the needle site once the needle is removed, and your test is over.

Some may feel a bit uneasy as the band cuts off blood flow to their arm and their may be a sting or prick from the needle. However, the test only lasts between 1-2 minutes and pain after blood is drawn is very rare. After your test is complete it can take up to a week for your blood sample to be sent to a lab and checked but once back your doctor will let you know your results.

Triglycerides, like cholesterol, are measured in mg/dl in the USA and in mm/l in most of the rest of the world, but the conversion factor for triglycerides is different from the one for cholesterol.

Triglyceride levels can change quite dramatically in response to food. They can increase to 5-10 times higher than fasting levels just a few hours after a meal!

It would be abnormal to have high triglyceride levels and not also have elevated cholesterol levels. Most treatments for heart disease risk will be aimed at lowering LDL cholesterol. However, the type of treatment used to lower LDL cholesterol may differ depending on whether triglycerides are high or normal.

Researchers are not fully sure why high triglyceride levels increase the risk of coronary heart disease. They believe that remnants left behind from the breakdown of triglyceride rich lipoproteins in the blood enhance the rate of plaque build up on the arteries (atherogenesis).

When triglycerides are very high (greater than 1000 mg/dL (11.30 mmol/L)), there is a risk of developing pancreatitis. Treatment to lower triglycerides should be started as soon as possible.

Elevated triglyceride levels increase the risk of thrombosis. The clotting associated with thrombosis can, in turn, result in heart attack.

Cause of High Triglycerides

There are five main causes of high Triglycerides as detailed below: 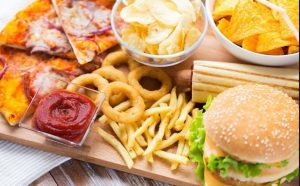 Some people are genetically predisposed to high triglyceride levels. Hereditary hyperlipoproteinemias is a condition which interferes with the body’s metabolism and elimination of lipids. Familial hyperchylomicronemia is a rare condition in which the body cannot remove chylomicrons from the bloodstream. This results in very high levels of triglycerides. Without treatment, levels are often considerably higher than 1,000 mg/dL. People who suffer from Familial hyperchylomicronemia must avoid eating any types of fat.

Alcohol has a number of effects on triglyceride levels. Alcohol is a major source of excess calories which get turned into fat, so the triglyceride levels in the blood increase. Alcohol also has been shown to inhibit the burning of fat. A 2003 study conducted in Geneva, Switzerland found that alcohol in the bloodstream can slow down fat metabolism by more than 30%. (Journal of the American Medical Association. July 2003).

It should also be noted that drinkers of alcohol usually consume foods high in sodium and fat while drinking.

Obesity has a direct causal link with high levels of triglycerides. Triglycerides are the primary fat in our bodies, the main constituent in our energy system. People who are overweight tend to have much higher levels of these fats. Obesity is on the rise throughout the Western World, and with it comes the elevation in triglyceride levels.

It is clear to most observers that lifestyle habits are at the core of the growing obesity pandemic. That is, in fact, good news. Lifestyles are chosen. That means that the power to control triglycerides is within the reach of most people.

Some causes of obesity are beyond individual control. But many of then are not. We can make the choice to exercise and follow through on that decision with a regular, progressive program that features both aerobic and anaerobic movements. We can also discipline ourselves to control our diet. Our diet – what we eat – plays a critical role in determining our triglyceride levels.

One of the main functions of the liver is to ensure that all the tissues of the body receive the cholesterol and triglycerides they need to function optimally. To achieve this, the liver takes up dietary triglycerides and cholesterol from the bloodstream. 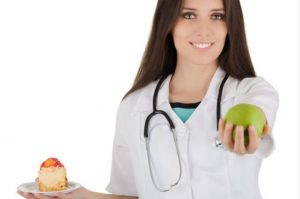 People who have Type 2 Diabetes have an elevated risk of heart and blood vessel disease. In fact, Type 2 Diabetics are 3 times as likely to due to develop cerebrovascular diseases (such as strokes), which is caused by a diminished supply of blood to the brain. The reasons for this are not yet fully understood but researchers have identified a number of causal factors;

Type 2 Diabetics are also more likely to have high levels of fibrinogen, which is known to promote blood clotting. Therefore, they are more likely to develop blood clots, increasing the likelihood of further restricting already compromised blood vessels.

There is a direct correlation between insulin and triglyceride levels. A proven method of reducing insulin levels is through exercise. To control your triglyceride levels, then, you should build a regular fitness program in to your lifestyle. Endeavor to work out a minimum of 3 times per week for 30 minutes or more, mixing it up between aerobic and anaerobic (resistance) exercises.

A 1998 study by Lichtenstein and Van Horn which was published in the journal Circulation, concluded that low fat diets may actually elevate triglyceride levels., as a result of insulin resistance. 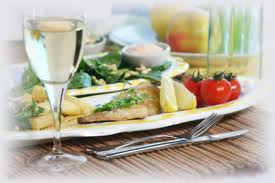 If your doctor tells you that you need to lose weight, you should go on a calories restricted diet ( as set by your doctor) in order to achieve your goal weight. You should also include exercise of a part of your plan. The basis of your diet should be that you are reducing sugars and grains. In other words you will be on a low carb diet.

Rather than eating six meals per day, try to eat every three waking hours. This will give most people between 5 and 6 meals per day. Your aim at every meal should be to consume ‘clean’ or low fat foods.

You should especially limit saturated fats. You’ll have to get into the habit of reading food labels in the supermarket to know which products contain a lot of saturated fats. Those are the ones you’ll put back on the shelf. Even though unsaturated fats are much better than saturated fats, you should also use them sparingly. You still want a diet low in total fat.

The American Association for Clinical Chemistry has officially stated that diets high in carbohydrates, especially sugar, lead to increases in triglyceride levels. As a result of this fact, those wishing to lower their triglyceride levels should remove the following foods from their diet:

The following should also be eliminated:

Alcohol, such as beer, wine, hard liquor, liqueurs as well as other foods, like sweetened cereals, flavored yogurts, and sports or energy bars.

The following foods should be reduced:

The first thing you should do if you are informed that your triglyceride levels are too high is to take a lifestyle inventory. Are you doing the following:

If you answer ‘no’ to any of these questions, you need to make that lifestyle modification. You should also work very hard to get your weight into the normal zone.